Maltese for sausage. ‘Zalzett tal-Malti’ to specifically refer to Maltese sausage. Maltese sausage is one of the few charcuteries still made in local butcher shops. It is basically a pork sausage seasoned with salt, garlic, parsley, crushed black peppercorns and crushed coriander seeds. Even though it is a pork sausage, it is consumed raw by locals.

Interestingly enough, the way this ‘Maltese’ sausage is prepared, is influenced by the British (no wonder, since Malta spent 164 years under British rule) according to Portuguese traditions.

The word has obvious vulgar connotations in Maltese idiom, owing to its quite straightforward phallic shape. Preferring to be prudent, a good example of ‘zalzett’ in Maltese idiom would be ‘Iż-żmien itwal miz-zalzett’ (Age is longer than sausage) referring to the endless length of time. 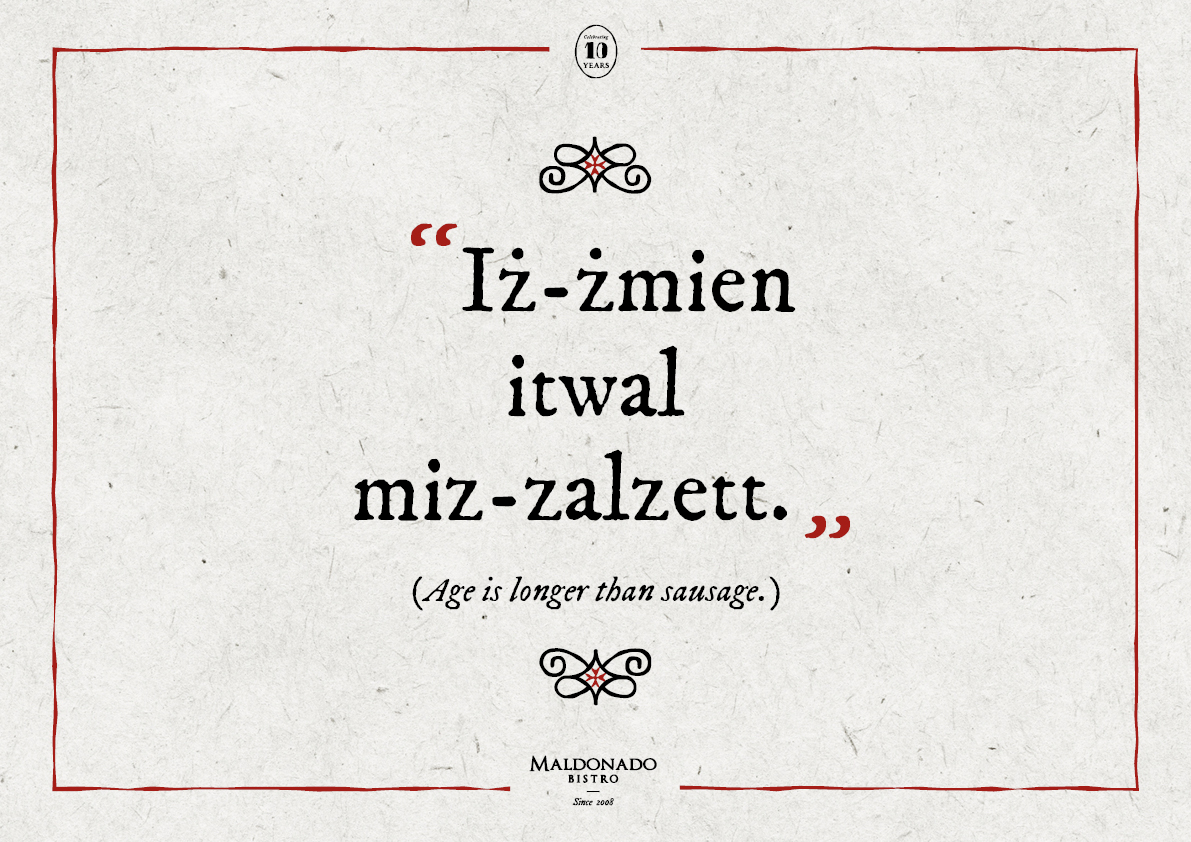